Body Pain? It can be fibromyalgia! Here’s everything you need to know
All Posts Fibromyalgia is a condition that causes one to experience extensive body pains, weakness, and sleeping disorders accompanied by mood swings. Fibromyalgia is thought to amplify painful sensations by altering how the brain and spinal cord interpret pain and non-pain-related signals.

Physical trauma, surgery, infection, or considerable psychological stress are common causes of these symptoms. The symptoms might also crop up without any particular incident leading to it.

While fibromyalgia has no cure, it can be managed with a range of drugs. Apart from medication, activities to relieve stress and relax the body are also recommended for a better quality of life.

The majority of the studies believe that the brain and spinal cord of fibromyalgia patients are changed due to the frequent stimulation of nerves. An aberrant rise in the amounts of specific pain-signaling molecules in the brain causes this alteration.

Furthermore, pain receptors in the brain appear to establish a kind of memory and become sensitized to pain, meaning they might overreact to both painful and non-painful signals.

The main factors leading to fibromyalgia include

– Genetics: There are some genetic factors that can increase the risk of one having fibromyalgia. These factors are mostly found in people whose family has a history of fibromyalgia

– Infections: There are certain disorders that can act as triggers for fibromyalgia and also aggravate the discomfort caused by fibromyalgia

– Physical or psychological events: Events, such as a vehicle accident, can sometimes trigger fibromyalgia. Long-term psychological stress might also set off the illness.

– Gender: Women are diagnosed with fibromyalgia more frequently than males.

– Family background: If a parent/sibling has fibromyalgia, then one is more likely to have it as well.

– Other illnesses: One may be more likely to develop fibromyalgia if they are already suffering from diseases like osteoarthritis, rheumatoid arthritis, or lupus

Pain, exhaustion, and poor sleep quality, caused by fibromyalgia can make it difficult to operate at home or at work. Dealing with the frustrations of an often misunderstood ailment can lead to despair and health-related anxiety.

What are the symptoms of fibromyalgia?

Symptoms differ from individual to individual. However, the most prevalent symptom is chronic pain. Muscles and the places where muscles join to bones are the most commonly affected areas. These are the tendons and ligaments.

– Widespread Pain: Fibromyalgia pain is frequently described as a persistent dull aching persisting for at least 3 months. The term widespread pain refers that the pain occurring on both sides of the body.

– Fatigue: Patients with fibromyalgia often are not able to get proper rest despite long sleep, thus making them fatigued. Body aches are the main reason for disrupted sleep and most fibromyalgia patients often suffer from sleep apnea and restless leg syndrome.

– Cognitive problems: Fibro fog is a symptom that inhibits one’s ability to focus/pay attention, and concentrate on mental work.

Fibromyalgia is frequently associated with other conditions, such as:

– Migraine and other headache types

– The painful bladder syndrome is also known as interstitial cystitis.

The main spots that the doctor will examine for pain are as follows:

In order to confirm that the pain experienced is due to fibromyalgia and not any other disease, further tests are prescribed which include

Fibromyalgia is treated with a combination of medication and self-care measures. The goal is to reduce symptoms and improve overall health. There is no single treatment that helps for all symptoms, but a combination of treatments can help.

Medications: They are helpful in reducing pain and improving sleep. The main medicines include the following.

– Anti-inflammatory medicines: Acetaminophen, ibuprofen or naproxen sodium are examples of over-the-counter pain medicines. Opioids are not suggested since they can induce serious adverse effects and addiction, as well as worsening pain over time.

– Antidepressants: Milnacipran (Savella) and duloxetine (Cymbalta) may help with the pain and exhaustion associated with fibromyalgia. To aid sleep, cyclobenzaprine which is a muscle relaxant may also be prescribed to improve sleep quality.

Therapy: apart from medications, therapies can also aid in improving the overall quality of life examples of those include,

– Physical therapy: Exercises that enhance strength, flexibility, and stamina can be taught by a physical therapist which can be helpful in improving the overall quality of life. Water-based exercises could be especially beneficial.

– Occupational therapy: It is a term that refers to a type of treatment that An occupational therapist can assist one in, which focuses on making changes to one’s work environment or the way one does specific duties to reduce stress on the body.

– Counseling: Speaking with a counselor can help one build confidence in their talents and give them coping strategies for stressful situations.

Apart from the traditional treatment methods, there are alternative healing methods that go along very well in improving the overall quality of life, some of which include the following:

– Acupuncture:  Acupuncture is a Chinese medicinal method that involves inserting very small needles into the skin at various depths to restore the natural balance of life energies. Acupuncture appears to help reduce fibromyalgia symptoms in some trials, but not in others.

– Massage therapy:  It is one of the earliest forms of health care that is still used today. Different manipulation techniques are used to move the muscles and soft tissues. Massage can lower the heart rate, relax the muscles, improve joint range of motion, and boost the body’s natural painkiller production. It frequently aids in the reduction of tension and anxiety.

– Tai chi and yoga: Meditation, gentle movements, deep breathing, and relaxation are all part of these disciplines. Both have been shown to be effective in the treatment of fibromyalgia symptoms. 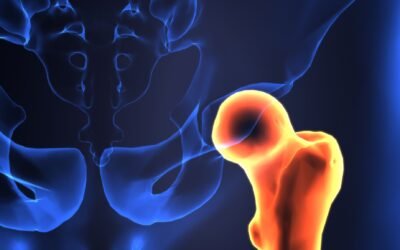 A hip fracture occurs when the femur (thigh bone) breaks partially or completely from where it joins the pelvic bone. It’s a critical injury...

END_OF_DOCUMENT_TOKEN_TO_BE_REPLACED 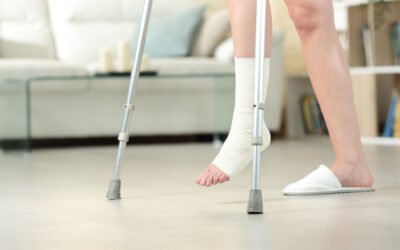 3 Tips To Prevent A Bone Fracture, Here’s Everything You Need To Know

Bone fractures is the term used when a bone or bones are broken. Millions of people across the world are affected by bone fractures each year....

END_OF_DOCUMENT_TOKEN_TO_BE_REPLACED 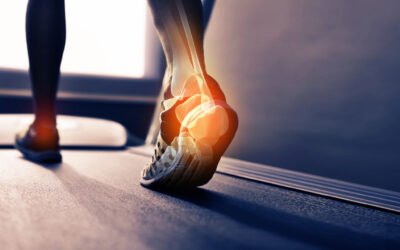 Top 10 Reasons Why Your Feet Is Paining, Here’s Everything You Need To Know

Foot pain is a regular occurrence. However, there are numerous possible causes, making it difficult for even medical professionals to pinpoint the...