Change In Skin Color Or Breast Cancer? Here’s Everything You Need To Know
All Posts After skin cancer, breast cancer is the second most common type of cancer. This cancer originates in the breast cells. Breast cancer can affect both males and females, but it’s most prevalent in women. The increased awareness and rapid development in technology have resulted in a sharp increase in the survival rates of patients suffering from breast cancer.

According to medical research, cancer develops as a result of abnormal division in healthy cells, caused due to mutation in the DNA structure which holds the information used during cell division. This change in DNA causes the cells to multiply uncontrollably and hence form a mass of cells what we refer to as a lump/tumor. These cells with mutated DNA can also make their way to other parts of the body.

Researches also point out that about 5-10% of the total breast cancer cases are due to the genetic mutation passed down from one generation to another. The most well-known of these breast cancer genes are BRCA1 & BRCA2.

There are certain factors that increase the risk of one developing breast cancer. These factors include:

– Age & Gender: Females are much more prone to breast cancer as compared to males, and the risks of it only increase with age.

– Exposure to radiation: Radiation exposure has been observed to cause genetic mutations in the DNA hence resulting in cancer.

– Obesity: Research has shown that women who are obese are at a higher risk of developing Breast Cancer.

– Alcohol consumption: Women who consume alcohol are at a greater risk of developing breast cancer

– Hormonal Therapy After Menopause: Women who consume medications as a part of hormone therapy for menopause are at a greater risk of developing breast cancer. However, when they stop the consumption of these medications, the risk drops considerably.

The commonly used methods for diagnosis of breast cancer include:

– Examinations Of Breast: In this step, the doctor will try to feel the presence of any lump in the breasts and the armpit area.

– X-ray Of Breast: Also referred to as a mammogram, this test is commonly used for scanning the presence of cancer that can’t be felt from the surface.

– Breast Ultrasound: This test is used to differentiate between a lump and a cyst that might be present in the breasts and was observed in the X-ray scan.

– Biopsy: The doctor might take a sample of cells that are under the suspicion of being cancerous.

The following procedures are used in the treatment of breast cancer.

– Lumpectomy: This method is used for small cancerous tumors. In this procedure the tumor along with a small layer of healthy tissues are removed from the breast. As this procedure doesn’t hamper the shape of the breasts much, this procedure is also referred to as breast-conserving surgery.

– Mastectomy: This procedure involves the complete removal of the breast tissue along with all the nodes, ducts, and tissues. This surgery is often followed by surgery for improving the appearance of the breast area.

– Sentinel Node Biopsy: This procedure is used to determine the extent to which cancer has spread in the lymph nodes. The nodes which are suspected to get affected first are removed beforehand.

– Axillary Lymph Node Dissection: If the cancer is found in the sentinel lymph node the next step involves the diagnosis of the lymph node of the armpit and removing them if necessary.

– Chemotherapy: This method involves the use of chemicals/drugs to destroy cancerous cells. This treatment is sometimes given to women before surgery to reduce the size of cancer and also when cancer has spread to multiple parts of the body.

– Hormone Therapy: This method is used when the cancer is sensitive to hormonal changes. The main application of this procedure is to stop hormonal production in the ovaries, which intern stops the body from producing estrogen after menopause, and block the hormones from getting attached to cancerous cells.

– Targeted Drug Therapy: This treatment method works on the principle of attacking the specific characteristics that aid in the growth and development of cancerous cells. The most common application of this therapy is to target the protein produced in excess by cancerous cells referred to Human Epidermal Growth Factor Receptor 2 (HER2), which aids the cancerous cells to grow and survive

– Limit Alcohol Consumption: If possible stop the consumption of alcohol completely, as it is observed to put one at a higher risk of developing breast cancer.

– Exercise Regularly: Moderate to light activity for 30 minutes daily can go a long way in improving the overall health of the individual and also significantly reduce the risk of getting affected with not just breast cancer, but almost all types of life-threatening diseases.

– Self and Medical Screening: Occasional self-examination of the breasts and routine screening can help detect cancer in its early stages and hence can be treated before it gets a chance to become severe. 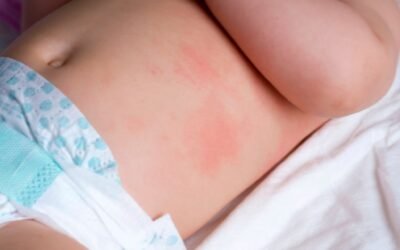 The most frequent skin condition among infants is diaper rash. In most cases, the diaper area’s wetness creates a moist environment that...

END_OF_DOCUMENT_TOKEN_TO_BE_REPLACED 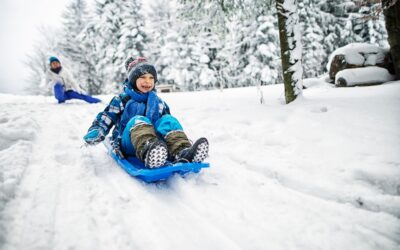 Top 5 Winter Tips For Overall Protection of Your Child This Winter.

The time of winter can be especially memorable with all the different fun activities. However, one should make sure to be fully equipped to avoid...

END_OF_DOCUMENT_TOKEN_TO_BE_REPLACED 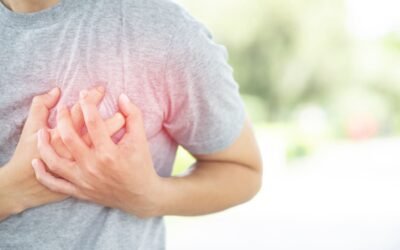 When the blood supply to the heart is significantly restricted or blocked, the condition is referred to as a heart attack. The accumulation of fat,...