Mole Or Basal Cell Cancer? Here’s Everything You Need To Know To Be Safe
All Posts 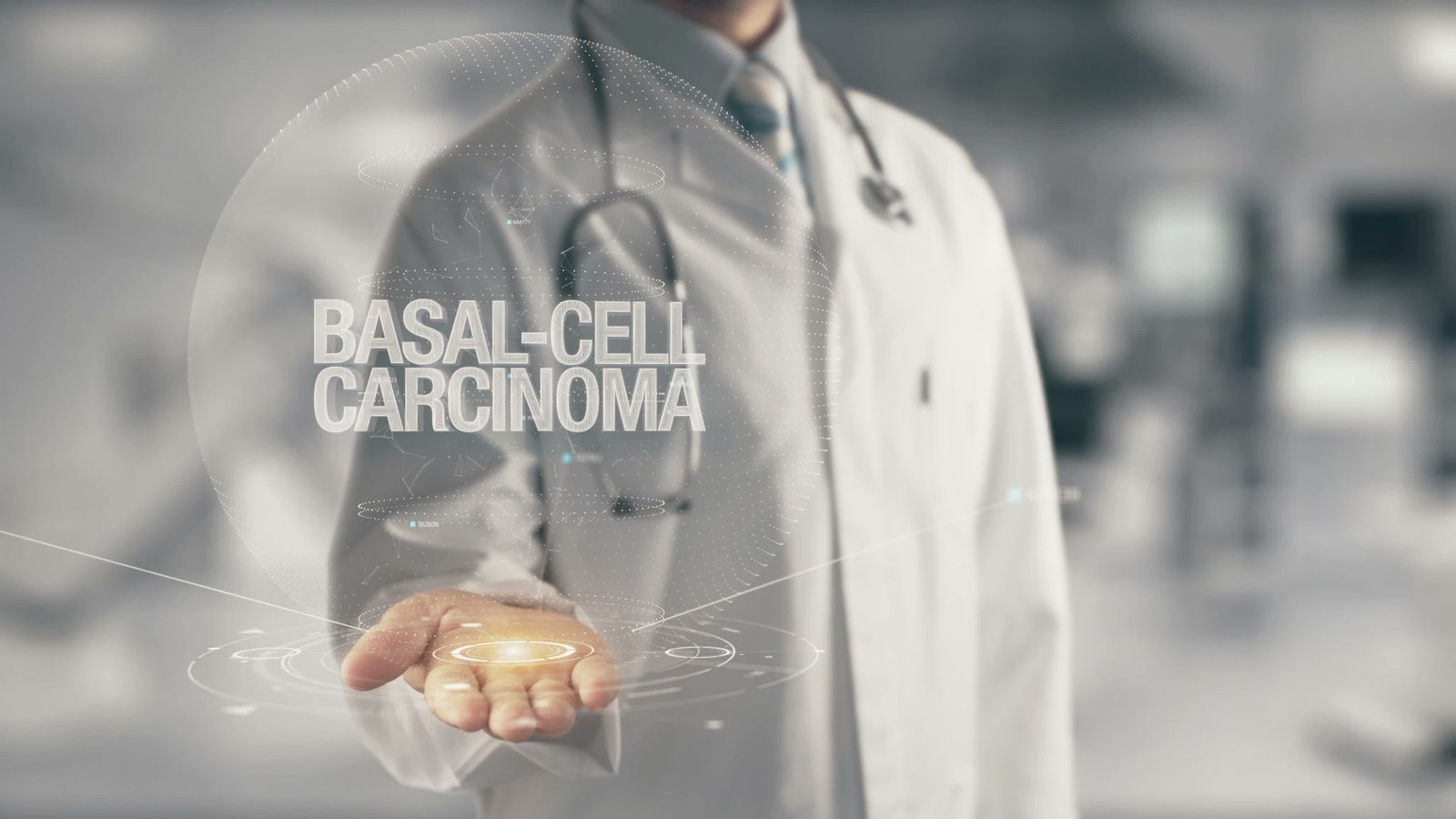 Basal cell carcinoma develops as a direct result of DNA mutation. The DNA regulates the process of producing new skin cells. DNA is coded with the information needed during cell division. The mutation instructs the basal cell to replicate aggressively and continue to develop way beyond its normal lifetime. This uncontrolled division causes the formation of tumors which appear as lumps on the skin.

Much of the Mutations in basal cells are reported to be caused by ultraviolet (UV) radiation, which can be found in the sunshine as well as in industrial UV lamps which are used for tanning.  However, sun exposure does not address melanomas that originate on skin that is not normally exposed to the sun.

What are the symptoms of basal cell cancer?

Basal cell carcinoma manifests itself as a change on the skin, which might include an abnormal growth or an unhealed sore. These skin alterations (lesions) typically include

– A glossy-looking bump with a translucent surface, allowing one to see through it. On white skin, the bump can seem pearly white or pink. The hump on dark and black skin often appears brownish or black. For skins with a brown or dark complexion,  tiny blood vessels may be visible, but they are generally difficult to notice and  It is also possible that the bump will leak and scab over.

– A brown, black, or blue lesion with a slightly elevated, translucent border, or a tumor with dark dots.

– A scaly, flat area with a clear edge. These patches might get fairly huge over time.

– A whitish, greasy, scar-like lesion with no discernible border.

The first method of treatment is Surgery.

The objective of surgical techniques is to totally eliminate the tumor. The optimal therapy is determined by the kind, location, and severity of cancer, and one’s capacity to attend follow-up appointments. Treatment may also be determined by the fact if this is the first case or a reoccurring basal cell carcinoma.

– Excision surgery: During this operation, the doctor will remove the malignant tumor as well as a margin of good skin around it. The margin is inspected microscopically to ensure that no cancer cells are present. Excision may be advised for cancer that is less prone to recur, such as the cases of basal cell carcinoma commonly found in areas of chest, hands, back, and feet.

– Mohs micrographic surgery: The doctor will remove the cancer layer after layer during Mohs surgery, inspecting each layer under a microscope until no malignant cell remains. This helps the surgeon to ensure that the whole tumor is removed while avoiding removing too much good skin from the surrounding area.

There are procedures available for people who don’t want to undergo direct surgery, the most common out of them are as follows

– Curettage and electrodesiccation(C and E): C and E therapy includes scraping the skin cancer’s surface with a scraping device (curet) and then scorching the cancer’s base using an electric needle. This method may be used to treat tiny basal cell carcinomas which are less prone to reoccur, such as those seen on the back, chest areas, and also on hands, and feet.

Basal cell carcinoma may infrequently spread (metastasize) to neighboring lymph nodes and other parts of the body. In this case, other therapy choices include:

Targeted treatment medications for cancer inhibit molecular signals that allow tumors to spread. They may be explored when other therapies have been exhausted or when alternative treatments are not available.

– Chemotherapy: Chemotherapy employs the use of strong medications to eliminate cancer cells. When other therapies have failed, it may be a viable choice.

– Avoid being out in the sun in the afternoon time. The sun’s beams are greatest in many regions between 10 a.m. and 4 p.m. Schedule outside activities at other hours of the day, even if it’s cold or gloomy outside.

– Wear sunblock all year. Even on overcast days, use sunscreen with SPF 30 even days when it’s overcast, this all will go a long way in protecting one from the clutches of cancer.

– Wear closely woven fabric that shields the arms and legs, as well as a broad-brimmed hat that gives greater protection than a beanie hat or visor.