Top Symptoms Of Hernia, Here’s How To Act Before It Aggravates
All Posts The only place you need to refer to get updates on latest medical events ,We at Malla Reddy Narayan Bring these updates to help you protect yourself and your loved ones.

Hernia refers to the medical condition generally occurring in the abdominal cavity in which internal organs protrude out after pushing through a weak spot in your muscle or tissue due to abnormal pressure. Out of all the cases of hernia 80% are inguinal or femoral, 2% are ventral, 7-10% are umbilical which affects almost 15% of newborns but most of the cases heal themselves. It’s a serious medical condition that doesn’t heal itself and hence requires surgical treatment as soon as possible before the symptoms worsen.

What causes a hernia?

The key factor that’s common in almost all the categories of hernia is the weakening of muscles around the cavity and building up of pressure around the abdomen either due to straining physical activity or natural build-up of pressure like in the case of constipation.

What are the symptoms of Hernia?

The hernia has the key symptom that appears as the bulge on the skin, which can be pushed back. This bulge can normalize at certain positions like lying down, Various physical activities like coughing, laughing, and passing bowels can alter the shape and size of the lump. These lumps can also be painful in general or can cause pain while doing physical activities, while these are the self diagonalizable symptoms, it’s recommended to undergo an in-depth examination under an able medical practitioner which will involve a physical examination and soft tissue CT- Scan.

An untreated hernia poses a serious threat, as it can induce more complicated and critical medical emergencies viz. Intestines become stuck in the canals mainly the inguinal canal resulting in a painful lump in the groin region, vomiting and stomach ache. In the worst case, this obstruction can become strangled in such a way as to completely shut down the blood supply to the area of the muscle, in most cases intestine, this is a medical emergency and requires surgery to prevent the death of vital tissues.

What are the types Of Hernia?

Here are the details about the most common types of hernias.

1.) Inguinal Hernia: This is the most common type of hernia, which affects males more than females. Inguinal Canal is the passageway that leads the spermatic cord and various blood vessels towards the testicles. For women, the ligament supporting the womb is held within this canal. The condition that causes this type of hernia is protruding of the intestine into the groin.

2.) Femoral Hernia: This type of hernia is similar to an inguinal hernia but it occurs in a much lower region than an inguinal hernia. A femoral hernia is developed in the upper thigh located just below the inguinal ligament, where the abdominal organs protrude through the femoral canal.

3.) Umbilical Hernia: This category of hernia are very common and harmless, being most common among infants, this type of hernia occurs when a part of the intestines or fatty tissue protrudes through the belly button.

4.) Hiatal Hernia: Our diaphragm contains a cavity known as hiatus, the food pipe i.e. esophagus passes through this opening before reaching into the stomach. In this type of hernia, the stomach is pushed up into the chest through the hiatal. In mild cases, one may not even know if he has this problem. In moderate cases, it can induce heartburn due to the backing of food and acid into the food pipe. Proper self-care and medicine usually cure this problem. Only in extreme cases of a very large hernia, surgery is needed.

What are the treatments of Hernia?

Hernias are disorders that can’t heal themselves and hence require professional medical attention. The modes of treatment of hernia are surgical procedures and it’s up to the medical professional to decide which procedure suits the best for your condition. The three most popular procedures are as follows

1.) Open Surgery: This is the traditional procedure that involves making an incision at the location of the hernia. The excess tissue that has protruded are then restored to their original position and then the muscle wall is set back into its original state using stitching, in case the wall is very weak, a mesh is also implanted along with the stitch for prevention of further case of hernia from the same spot.

2.) Laparoscopic Surgery: This procedure is an advanced version of open surgery. In this process, rather than a large incision, a small cut big enough to insert surgical instruments is made in the affected area and the procedure of restoration of muscles and tissues is done.

3.) Robotic Hernia Surgery: When the laparoscopic surgery is performed using robotic arms by a doctor that is present at some other place, and is using a console to control the machine in the operation room to perform the procedure, the process is called robotic hernia surgery. This surgery is useful for mild cases of hernia and also be used for the reconstruction of the weak abdominal wall.

What can you do now to prevent a hernia?

Since now you already understand the key factor causing hernia are weak muscles and built-up of excess pressure in the abdominal region. The most important practice to prevent hernia deals with maintaining ideal body weight to avoid getting obese and doing regular exercise, also proper posture should be followed while using weights for exercising.

Constipation is the major cause of pressure built up in the abdominal region hence increasing fiber-rich food in your diet and drinking surplus water can greatly reduce the chances of pressure built up. All these precautions combined can significantly reduce the chance of you ever getting a hernia, but even if the worst came to exist We at Malla Reddy Narayana are always ready to serve you by providing you with world-class treatment and the most hassle-free procedures so that you never have to stress about dealing with your problems alone. 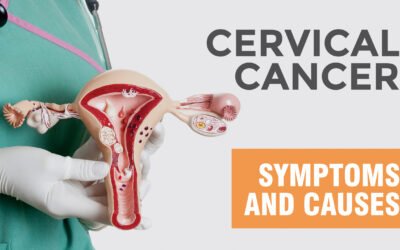 The cervix is the lower part of the uterus that connects the body of the uterus That is the part Where the fetus grows to the birth canal. The...

END_OF_DOCUMENT_TOKEN_TO_BE_REPLACED 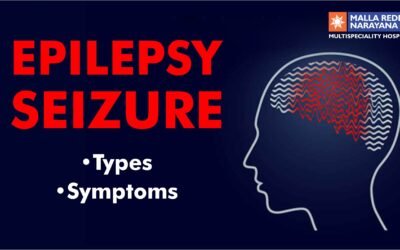 Confused between Epilepsy and Seizure? Here’s Everything you need to know

Epilepsy and seizures are often used interchangeably but there’s a difference between them. Epilepsy is a neurological disorder caused due to...

END_OF_DOCUMENT_TOKEN_TO_BE_REPLACED 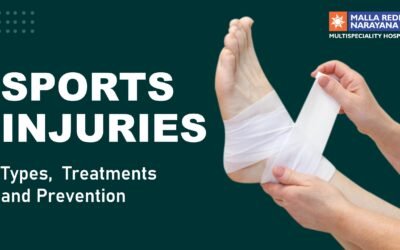 Don’t Let The Fun Stop, Here’s Everything About How To Deal With Sports Injuries

When we were small our parents used to advise us a lot and even punish us when we injured ourselves but we never stopped playing, no matter what....